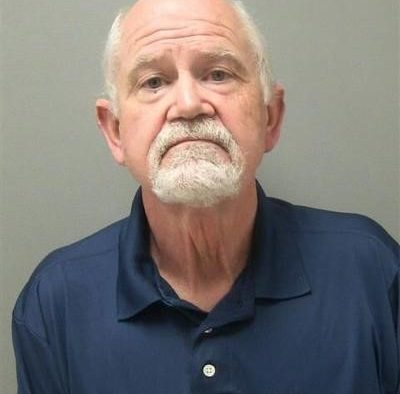 In what many have called a fall from grace, Cobb County Solicitor General Barry Morgan pled guilty this week in the State Court of Cherokee County to driving under the influence after being arrested and booked back in March.

Morgan’s attorney, Kelsey Geary Wiley, said the Solicitor made his plea and was sentenced to 24 hours in jail and 12 months’ probation, with the jail time having already been served by Morgan.

The Solicitor was arrested by Cherokee Sheriff’s deputies on Interstate 575, near exit 16, after they observed Morgan failing to maintain his lane. After officers pulled him over, Morgan cooperated and admitted that he had been drinking at a Pickens County bar. Showing signs of impairment in his sobriety tests, Morgan was arrested and charged with driving under the influence and weaving over the roadway. He was taken to the Cherokee County Adult Detention Center and released the following morning after paying a $2,211.00 bond. The Solicitor was traveling alone at the time of his arrest in his personal car, a red corvette, and no other violations were reported.

Through his attorney, Morgan issued the following statement:

“As stated on March 11th, I promised to take responsibility for my poor decisions and accept the consequences of those actions, today I did. I entered a plea of guilty to Driving Under the Influence in the State Court of Cherokee County and received a sentence commensurate with anyone so charged. It was my commitment that I seek no special privileges or treatment because of the position I hold, and I believe I have fulfilled that pledge. I made a number of poor choices on March 11th, and I sincerely apologize to my family, my co-workers, my friends, and the citizens of Cobb and Cherokee County. I would also like to thank the Cherokee County Sheriff’s Office for the professionalism and the kindness they show to all in their charge. The Deputy in this case did his job, and I am grateful he was there that night.”

Cobb political watchers wonder if Solicitor Morgan will complete his term in office or retire sooner. Weeks before his arrest, Morgan had announced that he would not seek re-election. They question if the Solicitor can continue leading in his role after his arrest. As Solicitor General for Cobb County since 1998, Barry Morgan’s job has been to prosecute traffic, misdemeanor, and ordinance violation cases in Cobb County, including driving under the influence cases (DUIs). Now being on the opposite end of law enforcement following his DUI arrest and plea, they question if he can continue to be effective after violating one of the very laws he is charged with prosecuting, driving under the influence.

Tags:
Previous Article
In Memory of “Linc” aka Clarence Williams, III
Next Article
Is Cupid capable of doing what is right for Cobb?